Anyone who has spent even a day at the range knows the literal and figurative pain of reloading their magazines. The situation is all too familiar. You have your small arsenal laid out on the table. You’ve blasted through all the rounds you spent over an hour manually pre-loading the night before. Fun time is over. Now it’s time to go through the arduous task of putting more ammo back into them.

Of course, reloading is part of the deal – necessary and built-into the process. But what if there was an easier way? What if you could load each of your mags in a minute or two? With RAE speed loaders, you can! Here is why you should have one for each caliber in your range bag.

When you head out to the shooting range, would you rather be shooting or loading? A Magpul 30-round PMAG for your AR takes 5-10 minutes to load. If you have three or four magazines, that can take anywhere from 15 to 40 minutes to load up to 120 rounds. I don’t know about you, but I can burn through 120 rounds pretty quick. You can probably make it last a couple of hours with some restraint and allowing time for your barrel to cool, or if you have other firearms to add to the mix.

With a speed loader, you can load that same AR magazine in less than 2 minutes, so you’ll really maximize your time. Simply attach the loader to the end of your magazine, place 10 0.223/5.56 NATO rounds in the loading area, depress the plunger in one quick motion and you are loaded. For a 30-round mag, you will do that three times for a full load. Heck, buy yourself 16 more PMAGS and load all 20 in the same amount of time it takes to do four without a RAE speed loader.

You can also save time when you head to your favorite indoor shooting range and are paying by the hour for your lane. Consider that many indoor ranges don’t allow pre-loaded magazines except for your personal carry. Time is money, so pay the range a little less to load your magazines while you’re there. Get your money’s worth of time by bringing speed loaders. You can then quickly load when you get into your shooting lane. Once you empty your magazines, you can reload within minutes and get back to working on your shooting mechanics and accuracy. 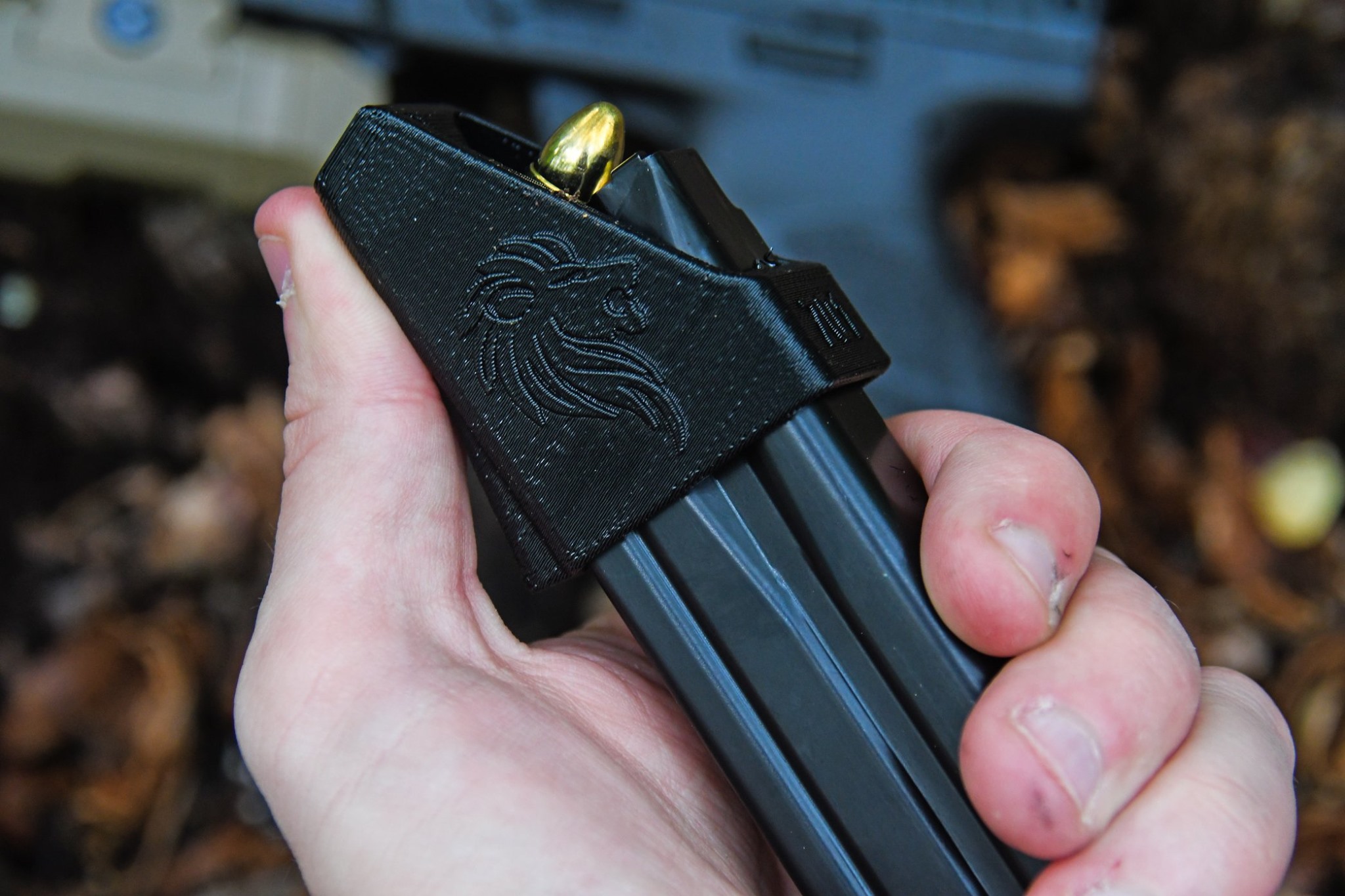 More Time for Shooting Practice and Sighting Your Firearm

Shooting is a perishable skill that must be kept-up to maintain form (which directly impacts accuracy) and keep your shooting muscle memory strong.

Effectively drawing your firearm and putting shots on target is a direct result of practice time and building that muscle memory. It must be practiced to the point of becoming second nature. Having to constantly stop for long periods to reload can break the flow of that cycle. No one wants that, especially when you are having an epic practice session where everything is just “on” that day.

In the event you need to use your firearm for self-defense, you will naturally fall back on your training when adrenaline takes over and your normal brain function goes out the window.

If you are practicing with your conceal carry weapon, such as the Ruger LC9, you could be reloading frequently as many compacts and sub-compacts only hold 6-8 rounds per magazine. With a speed loader that is appropriate for an LC9, you can have a single magazine reloaded in under a minute. Take 5 minutes to load several mags and get back to shooting.

Sighting in your rifle scope can also require significant time. Since you’ll be more focused on making elevation and windage adjustments, you probably won’t need as many magazines loaded. Of course, you may plan on tearing through some rounds afterward. Having a speed loader with you during your sighting session can get your scope zeroed-in quicker. You can also get your extra mags loaded in short order if you do plan on putting some serious lead downrange when you are dialed in.

RAE Speed Loaders Save Your Hands and Fingers

Some magazines are just plain difficult to load, especially when they are new. Using the Smith and Wesson M&P Shield magazine with a stiff new spring and follower, as an example, those last 3 rounds can really work on your thumb while you are trying to load it. A speed loader made specifically for the M&P Shield would make life easier.

Using a speed loader makes it so easy, you will wonder why you didn’t pick one up sooner! If you have arthritis in your thumb or similar hand issues, you will appreciate just how easy the loader makes it. 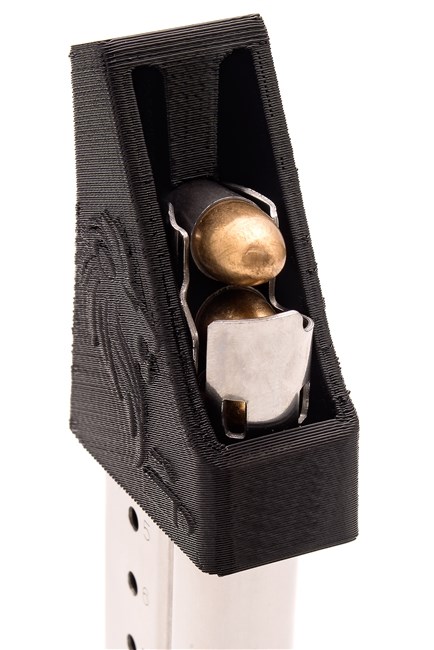 People I know that have those problems have an exceedingly difficult time getting their magazines loaded because of the pain. You may not realize how important your thumbs are in everyday tasks until you go to do them, get a pop, and an excruciating jolt of lightning through your thumb basal joint. A speed loader makes it nearly effortless and can significantly reduce the pain.

Do you ever experience this one? Some magazines, such as the factory 10-round mag that comes with the Remington 597 .22 long rifle, can slice your thumb up when loading. They are a relatively easy magazine to load, but the top of it can be a bit sharp on the inside edges. Nothing like slicing your thumb, while at the same time getting gunpowder residue in it – ouch! Not good.

Here at RAE Industries, we want to help you avoid all these issues while saving you time for the tasks you need to focus your attention on. We’ve designed simple, easy-to-use, ultra-lightweight speed loaders that take up less room in your pocket than your car keys.

Benefits such as loading your magazines quicker, saving time and money at the range, and saving your fingers and hands can be yours with RAE speed loaders. Pistol or rifle, single or double-stack, big or small caliber – we have a wide array of tough polymer speed loaders to fit nearly every firearm. If we don’t carry it, we will make it. Make sure you pick one up for each of your guns and throw them in your range bag. Don’t leave home without the best speed loader for your firearms!

Promotions, new products and sales, directly to your inbox.